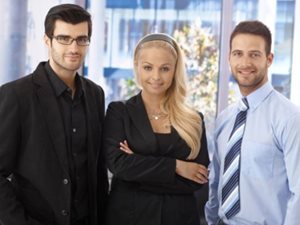 Spending 40 hours a week – or more – at your job can take a toll, both mentally and physically. In fact, less than half of workers in the U.S. gave their workplace a positive overall review last year. Fortunately, you may be able to avoid the worker bee syndrome in the Roanoke Region.

According to a recent Gallup survey, the Roanoke metro area has one of the best work environments in the U.S., ranking No. 7. Gallup surveyed hundreds of thousands of Americans in nearly 200 metro areas over the past two years to create the Work Environment Index. The index is based on four factors: “Job satisfaction; whether employees felt they used their strengths at work; how employees were treated by their supervisors; and whether supervisors created an open and trusting work environment.”

The Roanoke metro area came in with a work environment index score of 55.1, falling ahead of Kennewick-Pasco-Richland, Wash. (55.0) and just behind Visalia-Porterville, Calif. (55.3). San Luis Obispo-Paso Robles, Calif. ranked first with a score of 59.1.

Here is what the finance blog 24/7 Wall St. had to say about Roanoke:

“Unlike other metro areas with highly rated workplaces, supervisors in Roanoke were not as likely to create a trusting work environment. Less than 80% of respondents thought their supervisor did so in 2013, in-line with the average across all metro areas. However, this did not prevent residents from liking their jobs, with 90.5% of survey respondents reporting job satisfaction, among the best job evaluations among all metro areas surveyed. The job climate in Roanoke is also relatively good, with just a 5.4% unemployment rate in December last year, below the national rate of 6.7% that month.”

Check out the full post – with great data analysis – on USAToday.com >>>