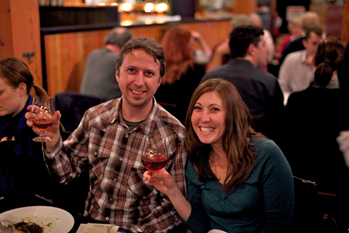 We’ve got a huge treat for all you beer lovers this week — Deschutes Brewery social media team members Jason Randles and Gina Schauland are taking over the Get2KnowNoke Twitter account.

They are going to chat with you about the brewery, the beer, what the street pub (coming to Roanoke Aug. 27) is all about, and parallels they see between Bend, Oregon, and the Roanoke Region. (Learn more about the Deschutes expansion.) Join the conversation, ask questions and feel free to interact this week. But, please, if you have business inquiries, submit them through the website.

Gina and Jason tweet for the brewery from @DeschutesBeer. Here’s the bio: Crafting damn tasty beer for fellow explorers everywhere with brew pubs in Bend and Portland, Oregon. Family & Employee Owned Since 1988.

Here are each of their bios:

Give @DeschutesBeer a follow and make sure to join the conversation this week on @Get2KnowNoke.

Do you have what it takes to tweet for us?