There’s good news in the Roanoke Region job market. Employment is up; unemployment is down.

Private sector employment is at the highest point since 2007 in the Roanoke market. The Roanoke metro market has seen 1,900 jobs added since this point last year. The trend line is strong and positive.

The region has seen the highest levels of growth in professional and business services (everything from legal, accounting, design, architecture/engineering, information technology, scientific research and development, advertising, company management, and administrative support industries) and in education/health services, which together added 1,500 jobs. Manufacturing, wholesale trade, and transportation and utilities also contributed to overall employment growth. 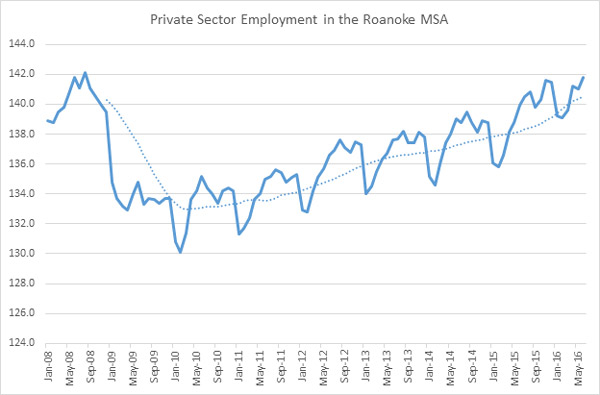 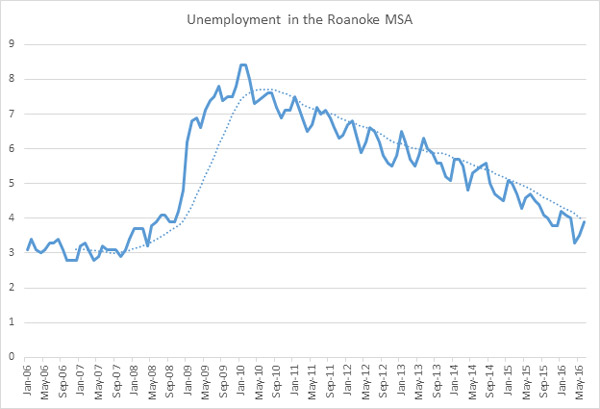 The labor force has grown considerably since the onset of the recession, and the Roanoke market has not seen the same national trend of large numbers of individuals leaving the labor force out of sheer discouragement.