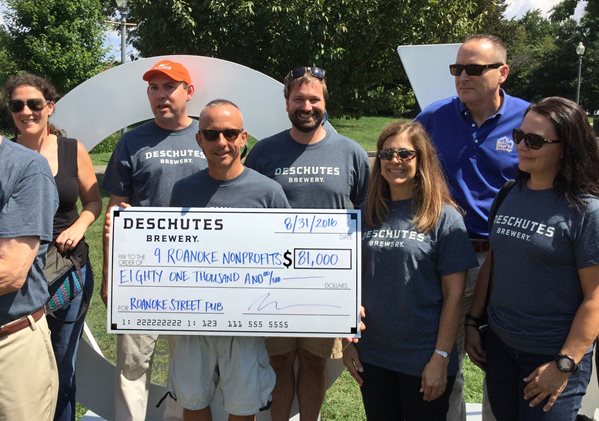 You can already feel the economic impact of Deschutes Brewery’s expansion to the Roanoke Region.

The Street Pub raised $81,000 for nine local nonprofits in late August. The one-day event broke the record for the nationwide event with 241 kegs of beer poured for 22,000 festival-goers.

The impact of the Deschutes project extends well beyond the announcement of future jobs and investment.

Here’s the trickle-down effect of the Deschutes Brewery announcement:

The Deschutes project is a great example of the many ways the Partnership creates economic impact in the region.