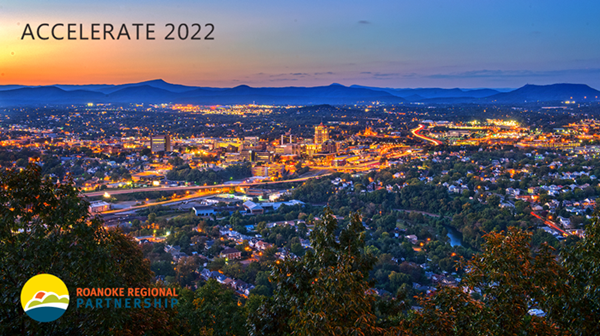 VINTON, Va. (January 17,  2017) – Fresh off a string of successes in 2016, the Roanoke Regional Partnership today announced a new five-year fund-raising campaign and a plan to focus on talent attraction among other elements to continue to grow the region’s economy.

“Jobs are the cornerstone of economic success but they don’t come easily to a region our size. We can’t sit on the success of the past five years but must work to sustain the momentum,” said campaign co-chair John Dooley, CEO of the Virginia Tech Foundation. “The Roanoke Regional Partnership has and will continue to do that.”

“The Partnership will leverage the success of the past five years to expand its work into new areas such as talent attraction to help grow the VTC innovation district,” added co-chair Victor Iannello, CEO of Radiant Physics.

“In 2012, we said that the next five years were critical for the future of the Roanoke region, which more than ever incorporates Blacksburg and the NRV,” said Don Halliwill, chief financial officer of Carilion Clinic. “Great progress has been made to grow and change the regional economy through leadership from the business community and public-private collaboration. The region will continue to rise through a strategic economic development program.”

The Partnership completed a strategic planning process in 2016 to assess the region’s competitive position and match its program of work to the opportunities and challenges of a competitive, global economy. Business and government leaders helped to build the plan. As a result of that work, the Partnership has identified four focus areas through 2022:

“Our stakeholders and partners recognize the Partnership as collaborative, success-oriented and focused on results. We are seen as the go-to organization for advancing regional cooperation and thought leadership in shaping our region’s economic future,” said executive director Beth Doughty.

The 2022 plan builds on the current program of work adopted in 2012 that took the region to a higher level, creating over the past five years 3,305 primary jobs, 3,459 secondary jobs, $501 million in investments, annual consumer expenditures of $192 million, an increase in per-capita income by nearly 12 percent and an increase in annual inquiry activity – contacts with companies and consultants – of 27.9 percent. All metrics met and most exceeded the benchmarks established in 2012.

Through 2022, the Partnership is aiming for 3,367 new primary jobs, 3,821 new secondary jobs, $300 million in investment and another 12 percent increase in per-capita income.

“The results of the past five years demonstrate that the investment in a program of 21st century economic development is paying off for the region,” Doughty said. “Sustained success will depend on our partners elevating their financial support to expand overall private sector support.”

Since 1983, the Roanoke Regional Partnership has brought together the regional business community and governments in an economic development program that combines resources and strengths to attract people, jobs and investment. The Partnership represents Alleghany, Botetourt, Franklin, and Roanoke counties, the cities of Covington, Roanoke and Salem, and the town of Vinton.

CONTACT US to learn how to become an investor