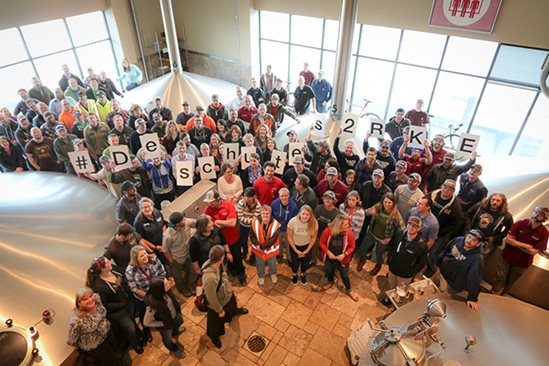 It sure does have a nice ring to it.

What you might not know is that Deschutes to Roanoke is a project four years in the making.

Here’s a glimpse of how it came together.

The ongoing dialogue between the Roanoke Region and Deschutes began to take shape with constant communication over the next couple of years. It became clear that the communities had a lot in common. The process included an official request for information in October 2013 and multiple visits between Bend and Roanoke.

Business and quality of life. These two components were a part of multiple visits here by from Deschutes employees. Business was on the agenda although almost every visit included fun – from joining hundreds of people on the greenway for a pub run to biking at Carvins Cove to having a bite and a beer at some of the region’s best restaurants.

Media coverage began to appear that Deschutes was looking for an East Coast home and Roanoke was among a handful of communities on that list. Support from all over the region – from editorials in the newspaper to chatter in the community to the #Deschutes2Rke campaign on social media to gifts sent from individuals to the brewery – has been incredible. You could hardly leave home without someone talking about Deschutes’ East Coast aspirations.

Partners in this Project