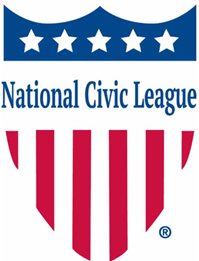 Roanoke earned a seventh All-America City Award – the only location to do that – from the National Civic League. The award recognizes communities for civic engagement to help more young children from low-income families achieve grade-level reading proficiency and early school success.


“It’s a great day for Roanoke, and it says we’re doing a lot of things right,” Roanoke Mayor Sherman Lea said in The Roanoke Times. “I’m really impressed by the teamwork in place.”

The application for Roanoke focused on the “Star City Reads” program, a partnership among city government, city schools and several community organizations. Research has long shown that when children read at proficient levels by third grade they are more likely to complete high school prepared for college, a career, and active citizenship.

The National Civic League announced the results of the 2017 All-America City Awards competition at its annual conference in Denver, Colo. on June 16. Those results included the selection of Roanoke, Virginia, as a 2017 All-America City. One of just 15 communities nationwide to receive the award from the Campaign for Grade-Level Reading and the NCL, Roanoke was recognized for its civic engagement to help more young children from low-income families achieve grade-level reading proficiency and early school success.

“So many communities are doing a great job in using collaborative efforts to improve grade-level reading, that it was hard to select this year’s award winners,” said Doug Linkhart, president of the National Civic League. “This year’s All-America Cities are engaging a diverse cross-section of residents, businesses, nonprofits and other stakeholders in the grade-level reading effort, which will help sustain their achievements over time.”