PowerSchool to More Than Double Employment in City of Roanoke 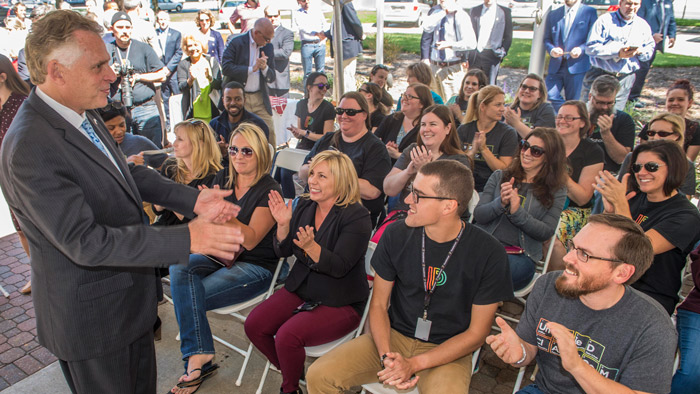 ROANOKE (Sept. 8, 2017) – PowerSchool announced today that it will add 96 jobs to its 85 existing local positions and invest $1.8 million in new offices in the 110 Franklin building in Downtown Roanoke. The company will occupy two floors (approx. 40,000 s.f.) in the former Norfolk Southern Building which was purchased by a group of local investors after Norfolk Southern moved operations to Norfolk and Atlanta in 2015.

PowerSchool, a leading education technology platform for K-12, is headquartered in Folsom, California and established its Roanoke presence in 2016 with the acquisition of successful local start-up Interactive Achievement. Roanoke competed against California, Pennsylvania, and Texas for the project. PowerSchool is the #1 leading education technology platform for K-12, serving more than 32 million students, 66 million parents, and 100 million users in over 70 countries around the world.

“We are excited about staying and expanding our presence in Roanoke,” stated Mark Oldemeyer, PowerSchool’s Chief Financial Officer. “PowerSchool’s mission is to improve the K-12 education experience with innovative software that helps drive student success. The Roanoke team is passionate about the work we do and expanding our footprint here will allow us to continue to provide best-in-class solutions to school districts around the world.”

“These are exceptional new economy jobs,” said Beth Doughty, executive director of the Roanoke Regional Partnership. “The company’s confidence in our region is further proof that we are competitive for technology jobs, talent, and investment.” 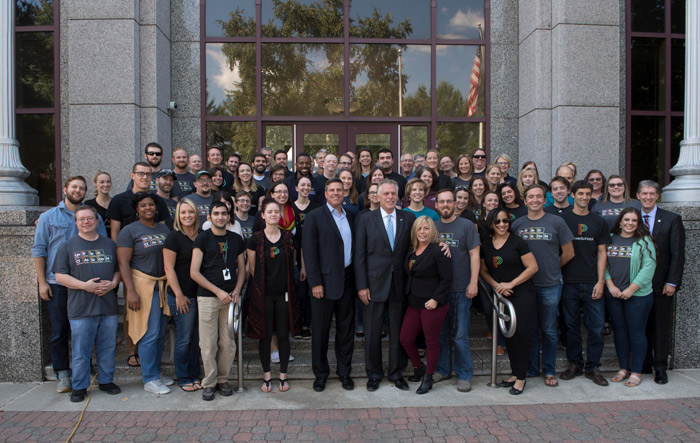 Mayor Sherman Lea, Sr. stated, “On behalf of the City of Roanoke, I want to express my appreciation to PowerSchool for its commitment to expanding the operations of a successful local technology startup company and also bringing activity back to a landmark downtown office building.”

“Keeping PowerSchool in Roanoke and growing is important for our region and for Virginia,” said Damon Williams, chairman of the Roanoke Economic Development Authority. “It’s a great win for everyone.”

“PowerSchool is just the beginning for activating 110 Franklin. This technology company sets the tone for the kinds of businesses that will fill this property,” said Blair Godsey, partner in 110 Franklin LLC. Barry Ward of Cushman & Wakefield/Thalhimer represented PowerSchool.

Construction will begin immediately and the company expects to be in its new offices in 2018 with plans to hire 96 new employees over the next three years.