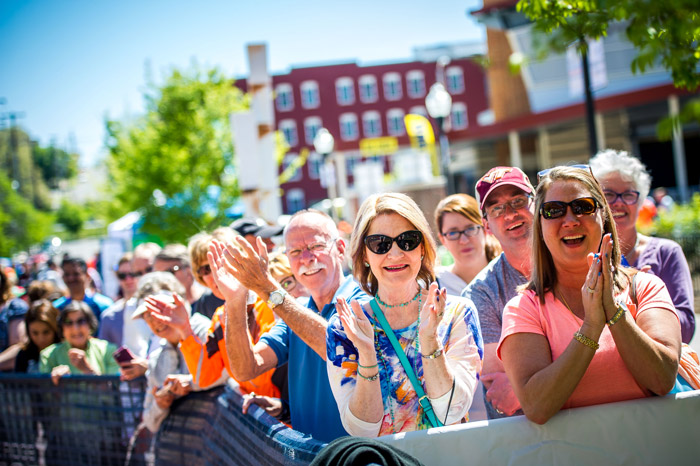 Over the past nine years, the event – which is put on by the Roanoke Regional Partnership and Roanoke Outside Foundation – has contributed more than $4.5 million to the regional economy.

“When we started the marathon we knew it would benefit the community, and we’re pleased with not only how the race has grown but also how it’s been able to contribute to the region as a whole,” said Pete Eshelman of the Roanoke Outside Foundation.

A post-race survey determined the April 21 races created $386,333 in direct new sales activity, plus an additional $292,849 in indirect and induced spending for a total of $679,182 – up 10.7 percent over 2017. Activity surrounding the event will also support 6.9 jobs in the regional economy over the period of one year.

Increases represent growing participation in the race, a higher number of overnight stays, and growth in out-of-town attendance of the Down by Downtown Music Festival, which coincides with race weekend.

“It’s an honor to support an event that has become a staple in the Roanoke area every spring,” said Foot Levelers CEO Kent S. Greenawalt. “We are thrilled to be part of something that has grown into a key economic driver in the region. The Foot Levelers Blue Ridge Marathon is more than a race. It’s a celebration of human spirit, local businesses, and our beautiful scenery.”

The number of runners participating from outside the Roanoke Region accounted for 56 percent of race participants. The race drew runners from 39 states – in addition to the District of Columbia – and six countries: Canada, Vatican City, Georgia, South Africa, United Kingdom, and France.

More than 42 percent of all survey respondents reported staying in town for at least one night. Approximately 38 percent stayed between one and two nights. The average length of stay among overnight visitors was 1.8 nights.

This year, $15,000 in proceeds from the marathon went to 18 nonprofits that supported runners before, during, and after the race. Add it all up and the Roanoke Outside Foundation has donated $185,000 to dozens of local organizations as a result of the Blue Ridge Marathon.