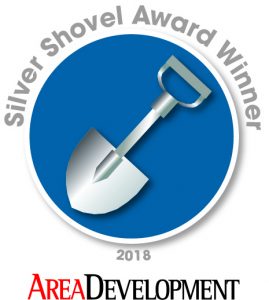 Altec Industries in Botetourt County is in elite company as one of this year’s Silver Shovel winners from Area Development.

Altec Industries — which makes aerial lift trucks for the utility and telecom industries — announced in late 2017 that it would add 180 jobs. This is the company’s fifth expansion since being recruited by the Roanoke Regional Partnership in 2000. The company began construction immediately on a 65,000 square foot expansion at its plant at Botetourt Center at Greenfield.