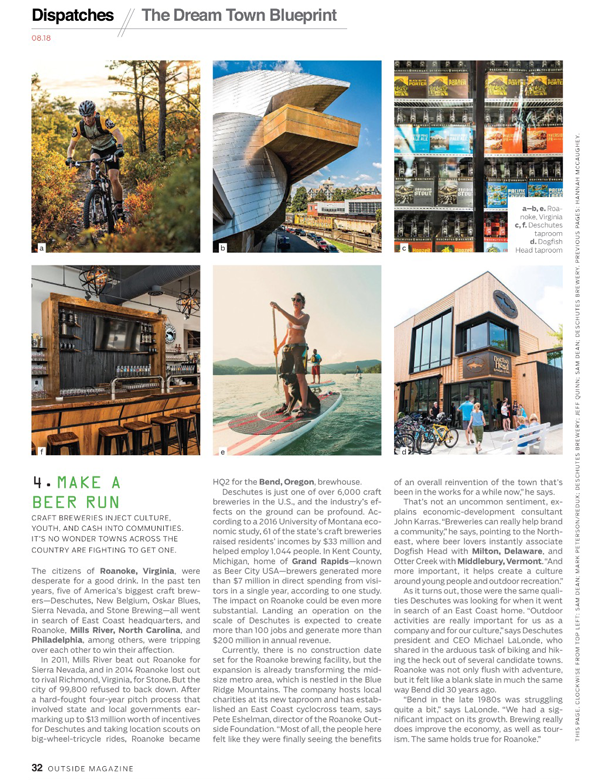 The August 2018 edition of Outside magazine features Roanoke as one of “America’s Smartest Towns.”

Roanoke is the featured location under the heading, “Make a Beer Run.”

Here a little of what the magazine had to say:

“Craft breweries inject culture, youth, and cash into communities. It’s no wonder towns across the country are fighting to get one.”

The article looks at why companies such as Deschutes Brewery found Roanoke to be a great fit.

Here’s what the Roanoke Regional Partnership’s Pete Eshelman (also the director of the Roanoke Outside Foundation) said in the article, noting that Deschutes has established an East Coast cyclocross team here:

“Most of all, the people here felt like they were finally seeing the benefits of an overall reinvention of the town that’s been in the works for a while now.”

The feature highlights six habits of successful cities with mini case studies on each. The six habits include:

You can read all about it in the August edition of Outside magazine.