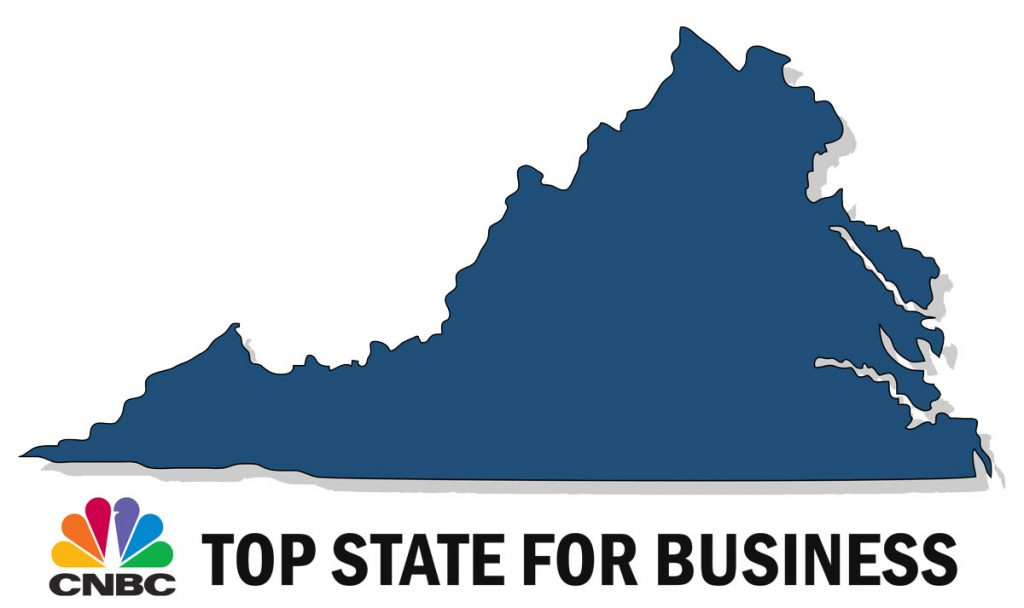 (July 10, 2019) Governor Ralph Northam today announced that CNBC has named Virginia America’s “Top State for Business” in 2019. CNBC unveiled Virginia as the top state for business this morning during a live broadcast from Shenandoah River State Park, and Governor Northam was on location to discuss the announcement. The top ranking is determined by CNBC following an extensive study of all 50 states based on 64 metrics in 10 categories of competitiveness. Virginia is tied with Texas for most years named top state for business by CNBC, with wins in 2007, 2009, 2011, and now 2019.

“I am proud to bring the title of America’s top state for business back to Virginia,” said Governor Northam. “One of my primary goals has been to make Virginia the number one place to do business, and to do it in a way that benefits all Virginians and every region of the Commonwealth. This recognition underscores our work to build an inclusive and diversified economy, invest in our workforce, and create quality jobs—and is proof that companies of many different sizes and industries can find a home in Virginia.”

Since Governor Northam took office in January 2018, the Commonwealth has secured more than $18.5 billion in statewide capital investment and created 50,000 new jobs. Governor Northam has announced $2.5 billion in new capital investment in Virginia’s distressed communities, including significant projects with Volvo and Microsoft. Virginia has attracted major investments from leading companies like Amazon, Facebook, and Micron, and many other prominent businesses are choosing to deepen their roots in the Commonwealth.