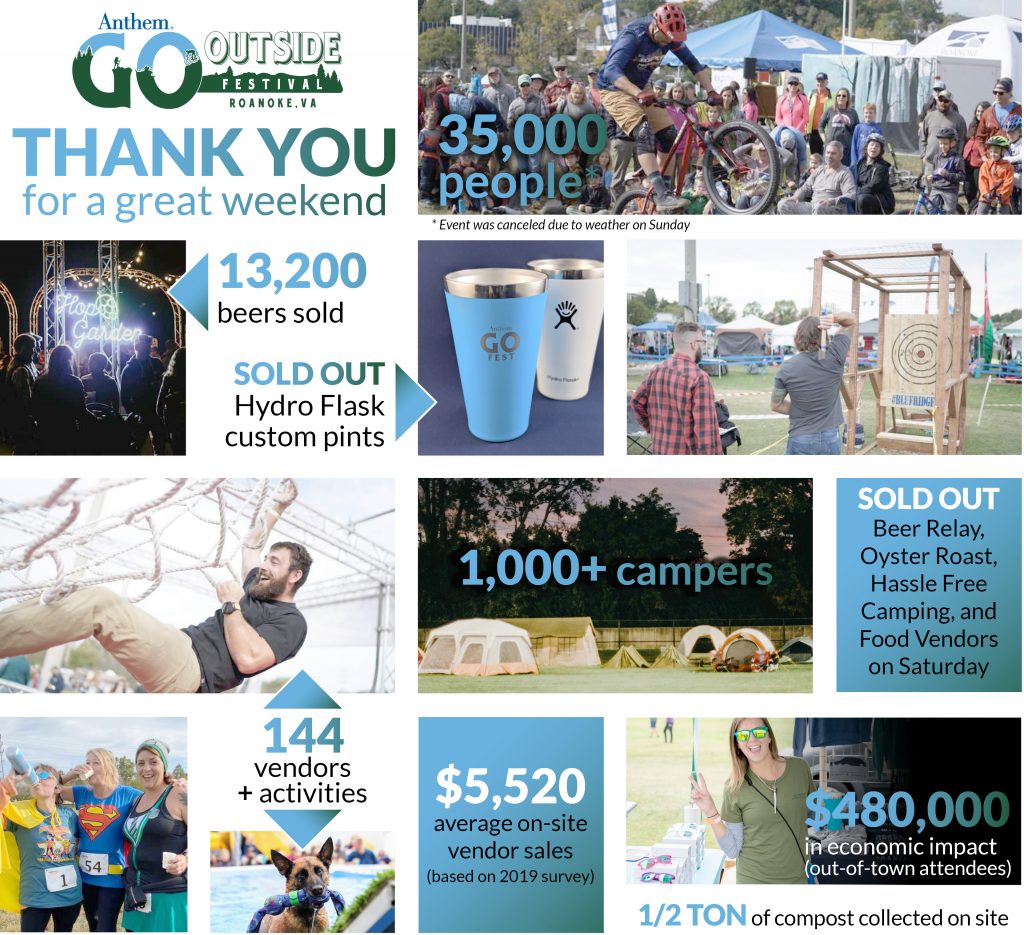 The region’s biggest outdoor festival has a direct impact on the regional economy.

The Anthem Roanoke GO Outside Festival in October generated $480,000 in new economic activity that will support 4.7 jobs in the Roanoke market over the next year.

That impact is attributable to attendance from out of town festival-goers. An on-site survey showed that 15 percent of attendees come to GO Fest from outside the region.

A post-race survey determined the event created $300,191 in new output from lodging, food, retail, and gas spending. With a multiplier effect from indirect and induced impact, this totals $480,180, according to the study.

The Partnership and Visit Virginia’s Blue Ridge prepared a participant survey to measure the event’s economic impact. Respondents were asked to report the amount spent on fuel, meals, lodging, and miscellaneous retail purchases with on-site surveys during the festival. More than 35,000 people attended the free event.

The economic impact figures only factor in spending from out-ot-town participants and only includes “new money” to the region.