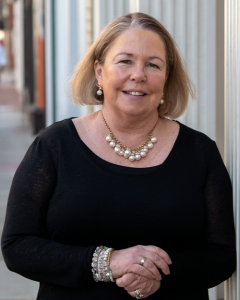 After serving as president of the Roanoke Regional Chamber of Commerce from 1999-2008, she rejoined the Partnership for the past 12 years. She is a past president of the Virginia Economic Developers Association, received its Cardinal award, and was named three times as one of the top 50 economic developers in North America by Consultant Connect.

“It has been an honor to work for the Partnership, lead its evolution, and work with a talented and committed team,” said Doughty. “I have been motivated every day by the many ways this organization makes a difference.”

“On behalf of the Board of Directors, we thank Beth for not only her dedication to the organization but also her leadership in designing and implementing a modern, holistic regional economic development program that is seen as a model in Virginia,” said Victor Iannello, president. A search committee has been formed to find a new executive director.

The Partnership launched Roanoke Outside in 2009. This effort redirected the region’s livability narrative and created large events such as the Blue Ridge Marathon and GO Fest, to build an economic sector in outdoor recreation, outdoor business, and adventure tourism.

In 2017, the Partnership launched Get2KnowNoke, a talent attraction and retention strategy that has built a talent pipeline between the greater region’s 25 colleges and universities to local businesses. Get2KnowNoke programs include on-campus and out-of-market promotion, the summer Experience Leadership Institute, professional development and networking events, and an annual talent summit.

“Fortunately, we have a talented staff that executes a phenomenal number of programs to the highest standards,” said Doughty. “The organization is in a good place to continue to make a difference.”