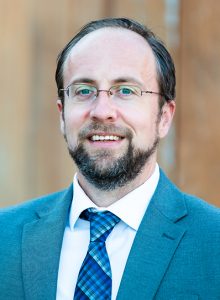 Hull has served in several roles at the Partnership as director of marketing intelligence since 2010 and more recently as acting director of business investment and as executive director of the Western Virginia Regional Industrial Facility Authority. He was regional economic development manager with the Roanoke Valley Alleghany Regional Commission from 2003-2010. A graduate of Roanoke College, the University of Oklahoma’s Economic Development Institute, and the Roanoke College Management Institute, Hull also has earned the certified economic research professional designation from the Council for Community and Economic Research.

“I appreciate the confidence of the Partnership’s leadership and am honored to have the opportunity to lead this strong team at a pivotal time in our region and nation,” said Hull.  “The Roanoke Region is in an excellent position to attract jobs, investment, and talent due to the enduring commitment of the Partnership’s leadership and staff and an innovative as well as responsive program of work. I am eager to work with our public and private partners to grow the regional economy.”

Victor Iannello, CEO of Radiant Physics and chairman of the search committee, said, “The committee was impressed by the quality of the candidate pool. Ultimately, John was selected because of his extensive experience with economic development, his strong commitment to accelerate the growth of the region’s innovation ecosystem, and his demonstrated ability to collaborate across organizations.”

“John is very well-equipped to lead the Partnership and its talented staff. The Partnership’s work in business investment, outdoor asset development, and talent attraction will continue to be an example of modern economic development under John’s leadership,” said Brett Marston, a partner with Gentry Locke and president of the Partnership. “John is one of those rare individuals that is a data-driven decision maker, yet understands the importance of relationships. I look forward to working with him on the Partnership’s current activities as well as on future initiatives.”

Gary Larrowe, Administrator for Botetourt County, said, “I’ve worked with John on several projects where his leadership was critical for success. He is already respected by business, education, and government leaders across the region, and I’m confident the transition will be smooth.”

The Roanoke Regional Partnership, founded in 1983, is the public-private economic development marketing and strategy organization supported by Alleghany, Botetourt, Franklin, and Roanoke Counties, the cities of Covington, Roanoke, and Salem, and the town of Vinton as well as more than 200 businesses. The organization has worked with its partners to create more than 19,000 primary jobs and $19 billion in investment by attracting companies such as Orvis, Altec, McAirlaids, Bimbo Bakeries, Cardinal Glass, Balchem, Eldor, Mack Trucks, Traditional Medicinals, Constellation Brands, and others to the region.

The Partnership’s other growth strategies include Roanoke Outside launched in 2009 to redirect the region’s livability narrative, increase visibility through large events such as the Blue Ridge Marathon and GO Fest, and build an economic sector in outdoor recreation, outdoor business, and adventure tourism. Get2KnowNoke, started in 2017, is a talent attraction and retention strategy that has built a talent pipeline between the greater region’s 25 colleges and universities to local businesses.