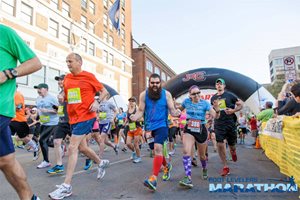 Your shot at Warren Buffet’s billion dollars may be over, but one quest for the perfect, or at least better, bracket is putting the national spotlight on one Roanoke Region school. CBS News featured a math program at the Roanoke Valley Govenor’s School focused on the NCAA March Madness basketball tournament.

Picking up on a story by local affiliate WDBJ-TV, CBS News ran the story on the homepage of their website. The piece features the unique way the Governor’s School implements the real-world applications of linear algebra using the NCAA tournament as a bracket as a learning tool.

“I’m not a big basketball fan, but, teaching seniors in the spring, you have to have something that’s exciting that’s also educational to keep them motivated, and this seems to work,” Linda Gooding, the classes instructor told CBS. “It’s really applying math in a fun way for something that they all are interested in – the March Madness”

The students are tasked with picking the best brackets based on mathematical models, the same process students at Davidson, Georgia Tech, and Princeton use to predict their brackets. The brackets are then compared and pitted against the others in the class. The winner is awarded an A, and has bragging rights among their classmates.

The Roanoke Region is known for its Acclaimed Higher Education with over 25 colleges and universities in the area, but now the high school STEM teachings of the region are also drawing national attention. This innovative way to teach the material, while also keeping it fun to hold students’ attention is what puts the Roanoke Region on the cutting edge of education.

Read the story and see the video on CBSNews.com >>>

When Ardagh Group announced they were locating a new state-of-the-art metal can manufacturing facility in Roanoke County, it was a big win for the Roanoke Region. Now, the Ardagh announcement is winning awards of its own.

Ardagh’s project received a 2014 CiCi (Corporate Investment & Community Impact) Award from Trade & Industry Development magazine. In August, the Luxembourg-based food and beverage metal and glass packaging company announced it would be investing $93.5 million and creating nearly 100 jobs in the Roanoke Region. It is the largest manufacturing investment in Roanoke County’s history and the largest new business announcement in Virginia in 2013.

Trade & Industry Development granted Ardagh one of 15 Community Impact Awards, citing not only the initial corporate development, but also the larger impact of choosing to locate in the Roanoke Region. As the result of the announcement to locate their new plant in Roanoke County, one of their major suppliers, Netherlands-based Canline Systems, also chose to open a new facility in Roanoke County to be closer to its major customers.

“The Ardagh Group project is on schedule in the Hollins area with significant building renovation work nearing completion,” says Jill Loope, Roanoke County director of economic development. “Blaine Construction, contractor for the project, says that approximately 85 percent of the renovations are complete with a target finish of May 2014. Equipment installations are also well underway with plans to be fully operational by the end of the year. A grand opening ceremony is planned for October with details to follow in the near future.” 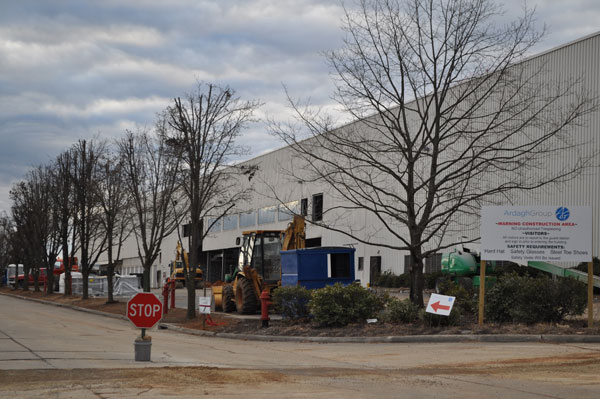 “The Community Impact category of Trade & Industry Development magazine’s 9th Annual CiCi Awards not only highlights 15 U.S. companies that announced economic development projects during 2013, but celebrates programs that will make a big impact on their respective communities as well. The Community Impact Awards also recognize the local and state economic development agencies that work in lockstep with their communities to attract this kind of development.

Virginia is for Lovers, but Salem, Virginia may be for Safety Lovers. Salem was recently named one of the Top 10 Safest Places in Virginia by the real estate blog Movoto.com, ranking 8th. Blacksburg also made the list, coming in at No. 3.

Using the latest FBI crime data from 2012, Movoto ranked the 37 locations in the state with a population over 10,000 people. The researchers looked at three specific criteria when determining the rankings: violent crime, property crime, and the chance a resident will be the victim of crime. Violent crime was weighted heavier than the other two.

Along with mentioning the Salem Red Sox and the Pancake House on Apperson Dr., the ranking cited only eight violent crimes in Salem in 2012, saying it was one of the least violent on the list. Residents have only a 1 in 3,155 chance of being the victim of violent crime. Check out the full Top 10 below:

The 10 Safest Places in Virginia By Movoto Real Estate