Roanoke Region Has Lowest Cost of Living in Virginia

Numbers released by the Council for Community and Economic Research for the second quarter of 2014 rank the Roanoke metro area as having the lowest cost of living index in the state. With an index of 90.9, costs in Roanoke are 9.1 percent lower than the national average of 100. Roanoke is the 60th lowest cost metro market in the country, and is in the top 25 percent of metros nationally.

The numbers put Roanoke well below the national average for costs and ahead of similarly sized metro markets in the South such as Richmond (100.2), Asheville (105.5), and Chattanooga (95.1). New York City ranked highest in cost of living with an index more than twice the national average (217), followed by Honolulu, HI in second (167.5).

The Cost of Living Index measures regional differences in the cost of consumer goods and services, excluding taxes and non-consumer expenditures, for professional and managerial households in the top income quintile. It is based on more than 90,000 prices covering 60 different items for which prices are collected quarterly by chambers of commerce, economic development organizations, and university applied economic centers in each participating urban area.

Compare costs for yourself with our Cost of Living Calculator

Roanoke: Not Just For Vacations Anymore!

The craft beer industry is enjoying a renaissance in the U.S. unlike anything seen since Prohibition, and Virginia is one of the states at the forefront of the movement. The Commonwealth’s best brewers gathered this past weekend at the 2014 Virginia Craft Brewers Fest to celebrate the state’s craft beer culture and salute the best brews in VA.

The Roanoke Region has been an active participant in the recent explosion of small, craft breweries opening across the country. Over the past few years, nearly 10 breweries have opened in the area, putting Roanoke on the map when it comes to Virginia’s beer destinations. But it is not just quantity that people are looking for when considering a craft brew, they are looking for quality. Several breweries from the region entered the third annual Virginia Craft Brewers Cup competition – held in conjunction with the  Brewers Fest – and held their own against the top brewers in the state.

Salem’s Parkway Brewing took Gold in the Porter category and Silver in the Kolsh and Blonde Ale category, Smith Mountain Lake’s Sunken City earned two Silvers and a Bronze, while Chaos Mountain took a Silver and a Bronze.

Below are some of the highlight awards from the competition:

Check out all the winners >>>

Changing the Narrative: Putting the Green in Greenways 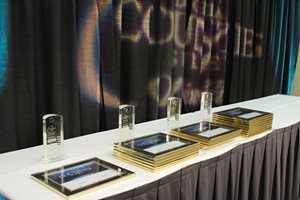 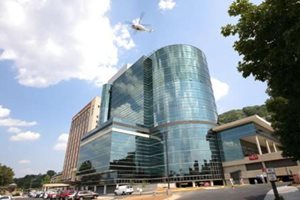 CRMH was named a top ten hospital in the publication’s 2013 ranking, but jumped into the Top 5 in 2014, receiving high marks for “patient safety, demonstrating commitment to reducing accidents and medical mistakes.” U.S. News also named ten adult specialties at Carilion as on par with nationally ranked U.S. News Best Hospitals:

“These high performing services treat the chronic conditions that cause the most harm in our communities,” said Carilion President and CEO Nancy Agee in a memo to employees. “This is more evidence of our commitment to improve the health of our region.”

Agee also cited improvements made in the last year – including advancing the use of electronic medical records, improving ambulatory care, and a commitment to coordinated care – to the improved ranking.