Learn more from Roanoke Outside

The Roanoke Region is known for its outdoor offerings and culture. In just minutes from our urban core, you can be paddling on the James, Roanoke and New Rivers, hiking on the Appalachian Trail, cycling on the Blue Ridge Parkway, or mountain biking at the nation’s second-largest municipal park (Carvins Cove).

An engaged and growing outdoors community is continuously adding more infrastructure like trails systems, greenways, and river access. In fact, Roanoke is building trails at a faster pace than any other volunteer-led effort in the U.S.

The immediate access to Roanoke’s robust natural assets makes it easy for locals and employees to live an active, healthy, outdoor lifestyle and is a huge draw that can be leveraged to attract clients and talent to the region.

Learn more from Roanoke Outside

Wherever you land in the Roanoke Region, you’re surrounded by the natural beauty of the Blue Ridge and Allegheny Mountains. You’re close to the tranquil waters of Smith Mountain Lake, the James River, and Lake Moomaw. Get outside and explore it! 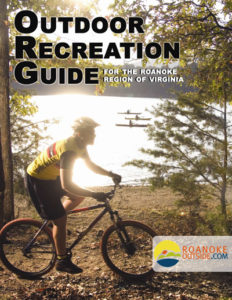