Thanks to the support and commitment of 122 businesses and organizations who made the decision to invest in the Roanoke Regional Partnership.  The Partnership’s Thrive 2027 Campaign surpassed its $3.6 million fundraising goal and brought in more than $4 million, demonstrating the Partnership’s strength and value as the leader in regional economic development, business attraction, talent, and placemaking.

These funds will accelerate the local economy and enhance the region’s competitiveness for business and talent attraction.

John Hull, executive director with the Roanoke Regional Partnership, said, “More than 122 businesses and organizations including 31 new investors across all sectors representing the diverse geography of the Roanoke Region of Virginia have made the commitment to invest in future growth for our great region. The economic progress that we have seen and will continue to enjoy is made possible by the leadership and investment of both the public and the private sectors working together.”

The Thrive 2027 Campaign is a five-year plan with four focus areas: economic growth and innovation; talent attraction and workforce development; commercial real estate and infrastructure; and place making and livability. Simply put, these are the Partnership’s marching orders for the next five years. Success measurements for these initiatives are the creation of 3,000 new jobs, $350 million in capital investments, a 10-percent increase in the number of in-migrants, a 15-percent increase in per capita income, and a 300-percent increase in inventory of certified sites by 2027.

While there are four different areas of focus for the plan, each is connected and builds upon the other. By highlighting the livability of the region and marketing the outdoor assets current residents enjoy, we’re attracting a talented workforce. By ensuring we’re ahead of the game with marketing intelligence for the regional economy, we can help local governments and the private sector make sound decisions as related to real estate and workforce development. The beauty of this plan is that by focusing on one aspect, they should all improve.

Although the fundraising campaign officially ended in May, the Partnership continues to recruit new investors. Our partners are already witnessing successes with the 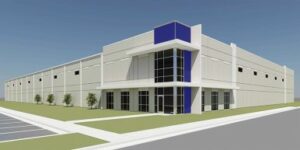 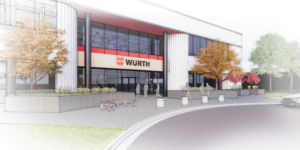 expansion of local businesses like Wurth Revcar and Lowe’s and adoption of new degree programs by higher education institutions to support the region’s current and future workforce. Additionally, the volume of interest in our market from outside prospects remains steadily high.

The private sector investments match the investment of eight local governments who have been longstanding supporters and daily working partners of the Roanoke Regional Partnership in making a regional economic impact– Alleghany County, Botetourt County, Franklin County, Roanoke County, the cities of Covington, Roanoke, and Salem, and the town of Vinton.

Best tasting water … and plenty of it.

Some of the Roanoke Region’s water was judged the best tasting tap water in Virginia by the Virginia American Water Works Association. END_OF_DOCUMENT_TOKEN_TO_BE_REPLACED 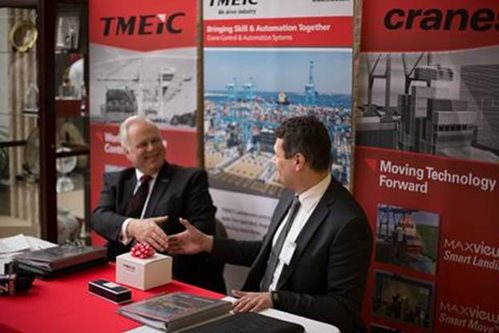 TMEIC in Roanoke County signed the largest one-time contract order for automated stacking cranes at the Port of Virginia on Friday.

The $217 million contract with Konecranes was announced late last year and includes 86 specialized cranes that will be at the center of the port’s expansion projects. Roanoke-based TMEIC is Konecranes’ automation technology partner, meaning the automation for these cranes will be supplied by TMEIC.

“This project will create jobs and economic spin-off,” Gov. Terry McAuliffe said. “One the first beneficiaries of that will be TMEIC, which is a growing company that, with Konecranes, has a global demand for its services: it will be good for TMEIC and it will be good for Virginia.”

Propelling high-potential startups to expand and create jobs is the goal of RAMP, a new technology business accelerator program set to launch in early 2017 in downtown Roanoke.

Entrepreneurs who seek to scale up their companies will apply to participate in RAMP, which stands for Regional Acceleration and Mentoring Program. The program will be housed in the historic Gill Memorial Hospital building at 709 S. Jefferson St., along the recently announced downtown Health Sciences and Technology Innovation District.

Support for RAMP comes from a broad public/private partnership that draws on leaders in higher education, government, and the region’s growing technology community. RAMP founding partners include:

“The breadth of this partnership demonstrates that many people recognize the need for a business accelerator in the Roanoke-Blacksburg region,” said Dr. Robert H. Sandel, President of Virginia Western Community College and a Roanoke-Blacksburg Innovation Network (RBIN) director. “We believe we can grow and keep our talent, whether it’s in information technology, advanced manufacturing, biosciences or other entrepreneurial efforts.”

The program’s model, based on best practices garnered from existing successful business accelerators, will initially focus on accelerating three to five technology- or life science-focused companies per year, said Jonathan Whitt, President and CEO of the Roanoke-Blacksburg Technology Council. Companies accepted into RAMP will work closely with multiple mentors during an intensive three- to four-month “boot camp for founders” designed to focus on building, testing, improving, validating product-market fit, and launching their product for the market.

RAMP will operate from the top floor of the three-story Gill building, which was constructed as an ear, nose and throat clinic by civic leader Dr. Elbyrne Gill in 1930. Virginia Western Community College will offer business education courses open to the public on the second floor.

Marc Nelson, special projects coordinator for Roanoke’s Department of Economic Development and a RAMP Advisory Board member, said the renovation project has a target completion date of December 2016. Support for the effort also comes from the city’s Economic Development Authority, which has pledged $100,000 over four years.

Learn more about the program.